It's All Things Bookish....

Because Life is short and there is so much to read, read fast!

This book is very disturbing and emotional read. 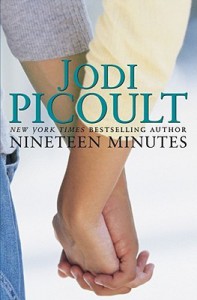 Right now I've mixed feelings about it. On one hand I loved author's writing style and the story itself, on the other hand, I hated most of the characters. I guess it's because there wasn't much fictional about them, they acted and sounded too much like living breathing people, people prone to making mistakes, people doing things they never should, people treating others the way that was despicable no matter how you look at it.

Story was told from different point of views. All the characters were well developed, even if they weren't so likable. I hated most of them, no scratch that, I only liked one-the detective. That's it, and we didn't get to be in his head as much as I would've liked. But story wasn't about him so he didn't have much to add to it. Still it was good to get his POV now and then.

It's true that bullying is a real problem in many societies and it's also true that everyone who is bullied will have different reaction to it, but the trauma is real. Maybe that's why I hated everyone in this story so much, because I've very strong feelings about bullying and how teachers and parents deal with it. Also, note that we aren't talking about children here but teenagers and that makes it so much worse. By the time you're seventeen you should know right from wrong and it's so sad that so many don't.
Anyhow, the story is well written and if you don't mind sensitive topics, being inside the head of a murderer, and multiple POVs, then sure give it a read. Even though I hated it I still kept reading so you got to give author credit for that.